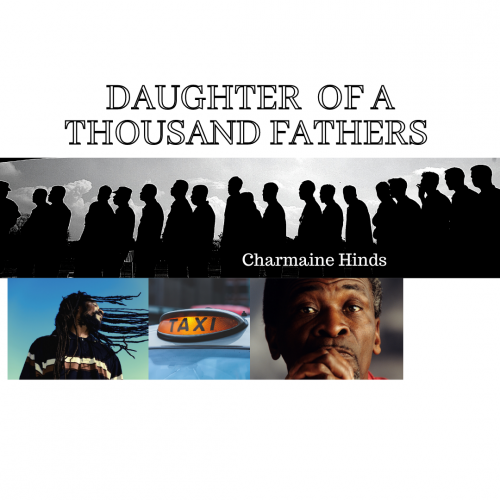 In the process of writing my latest book “Daughter of a Thousand Fathers” I have been looking back at my life in all the ways the I have been fathered.

I remembered three male influences that I had as a young woman that I like to call “the three Georges”. It was completely a coincidence that each of them had the same name, ‘George’. There was Taxi George and we called him this because he drove a taxi cab. There was African George who was a Rasta and finally Just George, my mother’s boyfriend for most of my teenage life.

Each George taught me something different about men and now that I look at it they fathered me in very unique and different ways.

First, let’s talk about Taxi George as he was a family friend of my mother and I knew him from the time I was a young girl. I grew up as friends with his 4 children from his wife Debbie. I have to say that because he had multiple affairs and secret children that were created by his infidelity.  The main lesson he taught me was that men cheat and lie and that things are not always what they seem. I really liked Taxi George and he was a great person to me personally and always gave me good advice. So, this is the story that impacted me and made me grateful for having him in my life. I had a favourite assistant teacher at my school and she was married and had 2 children. I was a good friend of her daughter and had a big crush on her son. I went to their house frequently and really believed that they had the perfect Beaver Cleaver type of family. One time when I was leaving their house after dinner, I saw Taxi George leaving the upstairs apartment, and instinctively I kept that secret to myself. I pondered every now and then why he was there but I never said anything. A few months later I overheard my mother talking about Taxi George having an affair with the assistant teacher. He was renting the upstairs apartment. Now everything made sense, but it didn’t make sense at all. I was a young girl trying to understand the brave adult world, as it had been taught to me and this just caused so much more confusion for me. After that day I never looked at my assistant teacher the same way again, I always felt like I knew who she was pretending to be. In actuality, I never thought about adults in the same way and I learned that people have private secrets and you never know what they are. This would be reinforced by so many other situations in my life after this, but this incident really opened my eyes and my childlike belief in adults was adjusted.  Taxi George was in some ways like an adoptive father to me teaching me this valuable lesson about integrity, deception, secrets, and infidelity.

Now let me share with you about African George. He came into our lives around the time I was in junior high. He was a force to behold and I remember how he looked, really capturing my attention especially his locks being down past his back. He was a teacher of life and taught my mother about Rastafarianism and me and my sister lessons about our people, history, and the impact of Jamaican culture. He also taught me about the many religions of the world. He was a complicated man and very eccentric in a really cool way. Shortly after he and my mom became friends our family started learning about and eating Ital food. Ital is a Rastafarian vegetarian diet that is thought to improve life and energy to keep you closer to The Most High power source. As a young girl that was used to having a variety of choice West Indian dishes as well as good ole Canadian fast food, Ital food was a real change but I believe it may have been instrumental in my adult vegetarian lifestyle choice. My mother also locked her hair during this time and started wearing African dress. She took down all the white pictures of Jesus and replaced them with “Black Jesus”. African George took me under his wing and answered all of my questions. He treated me like a young adult and began to teach me things that no one else had ever told me. I remember a trip with him downtown to go to listen in on a drum circle and then sitting with the Rastas as they smoked weed and had conversation about politics, Canada, Jamaica, who was who, and every other topic that came up. They were so wise and I asked questions and listened and learned and kept the memory inside for moments I would need them later in my life. He taught me about Marcus Garvey and explained what Bob Marley was talking about in his songs. He brought me to every religious temple so I could try to find God, the higher power, Jah, whatever his name was. I learned about Hare Krishna, Yogi, Buddha, Judaism, and many other religions because African George decided to father me in this way, he was a good friend to my mother and an amazing man that fathered me. When I look back at that search for “god” I realize that he taught me the foundations of what organized religions were and how I could one day find Jah for myself. He was instrumental in the development of my relationship with The Most High. This led me to The Heavenly Father that would one day change everything in my life.

And last, I will speak about Just George. Just George had the greatest impact out of the three Georges. I am not sure if it was because he semi lived with us for a few years from the time I was a young teenager till I left home at 18 or if watching him interact with my mother shaped and reinforced my views about women in relationship with men. My mother was a very strong independent-minded woman who often expressed herself in a violent and angry manner, you never wanted to be on the other side of her. Just George was a well-dressed and manicured soft-spoken passively aggressive individual. My mother forced me to treat George with the utmost respect but in truth, I struggled to even like him. They had the weirdest relationship and he was many times cold and quiet towards me. I watched them with each other and I guess I was just happy my mother wasn’t switching boyfriends every few weeks. He was a man with a plan and my mother was his personal slave from my teenage girl’s perspective. She cooked his meals, took care of his son, washed his clothes, (actually she made me wash his clothes), and was there whenever he needed her. He had his own apartment, talked to other women, and from where I saw it, it looked like he had the better end of the deal. They fought and argued and he never raised his voice but he would be gone for days, sometimes weeks and when he wanted my mother back, he would just appear. That was Just George. That was how he got his name. When I asked why he behaved the way he did, my mother always said “that just George”. Well, Just George taught me a lot about how passively aggressive men treat independent powerful women. They use the tactic of abandonment and rejection to silence them into submission. If the woman wants intimacy then she will succumb to pleasing him until the next conflict occurs and the cycle begins once again. This isn’t what a father should teach his daughter. A father teaches his daughter that she deserves unconditional love by giving unconditional love to her mother, that he would never leave or abandon her by staying through the difficult parts of the relationship, that her strength and independence is an asset not a liability that will cause her to be punished. Just George and my mother were still together when I left home at 18, but would separate permanently a few years later when my mother couldn’t take the merry go round cycle with “Just George” any longer.

These are the lessons that I learned being fathered by the three Georges. I would need to accept these lessons throughout my life and ask for forgiveness of these men for not seeing them as the full human beings that they truly were, as well as forgiving them for not being the example of men that I really needed as a young girl. I am the daughter of a thousand fathers.

Medication Addiction - How I was my own drug dealer 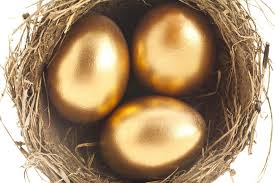 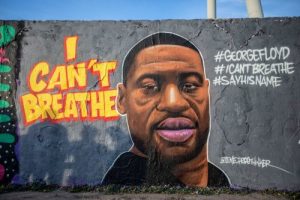 Artistic Expression as a form of Black Activism