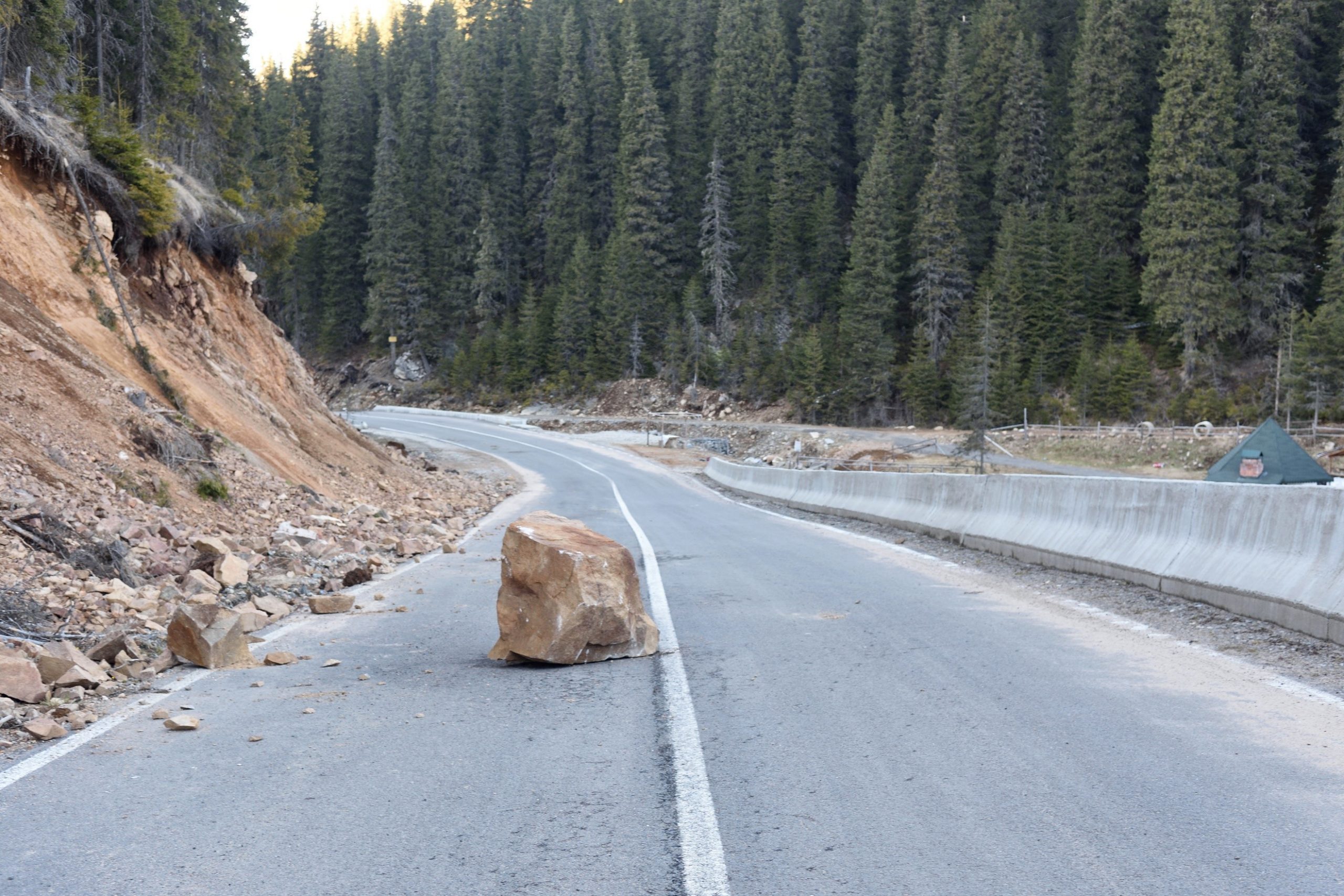 One weekend I was travelling with some friends up to the Muskoka area for an event that I was speaking at. We travelled on the number 11 highway and made it there in 2 hours. But just as we were nearing Bracebridge we noticed that there was a lot of traffic on the opposite side of the highway and we wondered out loud to each other what was going on.

As we headed back home the next morning we started out on the same highway going south this time. I put my GPS on to find out how long it would take us before we would be home. The GPS kept telling us to exit the highway and go an alternate route. We had travelled this way many times before and were confused so we pulled over and checked on my phone and another phone for confirmation and it looked like the route that the GPS- Global Positioning System was directing us to, was a much longer and around about way of getting home and we had travelled this way many times before and had never taken this alternate route. The fact that it looked like it would take us much longer, that it was an unfamiliar route and that it looked a bit more challenging caused us to abandon the system that believed it knew better than us and to choose to drive on the route most travelled.

So we ignored the warnings of our GPS that even began to tell us at the next exit that to take a U-turn and go back would take us less time than the route we by our infinite wisdom had chosen. We still thought it must be wrong or malfunctioning.

So we just ignored it and kept driving and then we saw it,…the traffic jam. There was bumper to bumper cars and ours was now stuck in the middle.  This was what we had caught a glimpse of yesterday. We had no choice but to keep moving. Slow and slow was the pace. We would start then stop, then start then stop going about 3-5km/hour. It was frustrating but more than this we began to understand the error of our ways. There was a reason the GPS was telling us to go the other route. The eyes in the skies had understood and foreseen something that we had not. The road had been narrowed to one lane and every person that was going down this road was going at the same pace. We began to wonder why and to seriously question our decision-making process. We began to ask questions like why didn’t we just listen? Why didn’t we remember what we saw yesterday and what was causing this standstill type of movement on a major highway?

2 hours later we had travelled a distance that regularly would have taken us 30 minutes. And then we saw a sign- “beware of blasting rocks”. The light bulb flashed in our minds as we now had some understanding of why the road was narrowed causing this major delay in our travel plans. They were widening the road and to do this they had to create a safe distance away from the huge hard rocks that they had to blast to create more space to eventually put more lanes space on this two-lane highway.

This was great to know but it did not change the fact that we normally would have been home by now and if we had listened to the voice in the sky we would have almost been there. As we drove by the blasting site we saw the major work that was happening and it was a sight to behold as it was quite dangerous looking. We were glad they had taken the extra precaution for safety sake.

Then the most amazing thing happened as soon as we passed that area the road was open and free to drive at 100km/hr. We were now in the clear.

It eventually took us a total of 4 hours to get home. (heavy sigh)

As I always do when I go through unexplained instances I sought an answer from God as to what was the lesson to be learned from this.  It was plain and clear.

God is our Global Positioning System(GPS) and He knows what road we are to take and many times He has been giving us instructions to help us avoid the traffic jams of life. But we in our rationalization and fear of the unknown have chosen our own paths and then we become frustrated when we are not where we want to be or are not going fast enough. We also don’t understand the amazing way that even in our self-directed decisions He is protecting us by slowing us down and narrowing the path so we don’t get harmed in the process. He is building patience and expectation as we slowly go down the path with those that have chosen to make the same errors. He is blasting an opening for us to be able to cause us to travel in the open, free and clear and at warp speed. His desire is for us to learn the lessons, ask the hard questions and to ultimately begin to trust in the One that knows everything – He is the Eye in the sky.

This lesson is one that I will not easily forget. There are many times in my life when I thought to do it my way was better. Where I didn’t want the harder way, I wanted the easy route, I just wanted to go down the path well-travelled and not have to be the pioneer on the NEW road. It was clear that He has protected me along the way but that His heart was that I would trust Him and not trust my past experiences or the other people making the same decision I was. Also, my bitterness towards my difficult journey that I felt was holding me back was in truth the safety and protection of God answering my questions and teaching me life lessons to carry me into the wide-open space of my destiny. He was blasting away the obstacles that were in my way, so I could travel free and clear and reach my destination in the timing He had reset.

I love that He speaks to us in the everyday instances of our lives and teaches us lessons so we can make better choices the second time around. The God of second chances.

Excerpt from the book ” Where the Sunflower grows” by Charmaine Hinds

7 Last Words for the Dying